British Opera Star Sarah Brightman Has Postponed Plans To Head Into Space Once Again Due To "Family Reasons". 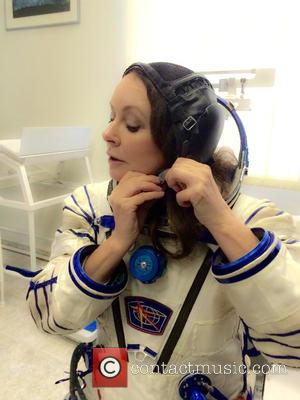 Picture: Sarah Brightman - A life long dream come true, Sarah has been training since January after being accepted by the Russian Federal Space Agency as...

Andrew Lloyd Webber's ex-wife, who has paid an estimated $52 million (£32.5 million) for a tourist trip to the International Space Station, began her astronaut training in Russia in January (15) ahead of a planned launch in October (15).

She resumed her zero gravity training and was booked to blast off on 1 September (15) to spend 10 days in space, but she has now put off her out-of-this-world mission indefinitely.

A statement posted on the singer's website reads: "Sarah Brightman announced today that she is postponing her plans to launch aboard the upcoming Soyuz TMA-18M spaceflight mission.

"Ms. Brightman said that for personal family reasons her intentions have had to change and she is postponing her cosmonaut training and flight plans at this time."

Brightman had previously revealed she had teamed up with Lloyd Webber to write an original song which she will perform in space.

How Much Did Sarah Brightman Pay For Her Ticket To Space?

Set To Lose Her Heart To A Spaceship Trooper: Sarah Brightman To Travel Into Space

Brightman's Heartache Over No Children