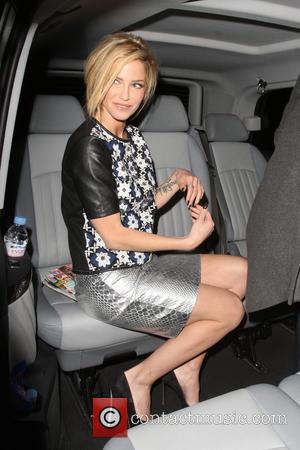 British singer Sarah Harding has shot down Nadine Coyle's claims she tried to persuade her Girls Aloud bandmates to stay together, insisting the Irish star never attempted to stop the group's split.

The five-piece - Harding, Coyle, Cheryl Cole, Kimberley Walsh and Nicola Roberts - revealed they were parting ways for good last month (Mar13), hours after they completed the final show of their comeback tour.

Coyle subsequently told fans she fought against the band calling it a day, writing on her Twitter.com page, "You should know by now I had no part in any of this split business. I couldn't stop them. I had the best time & want to keep going."

However, Harding admits she had no idea about Coyle's version of events.

She tells Britain's Look magazine, "I was unaware she even felt like that. At no point did she try and stop us, so you'd have to ask her why she did that. I have to respect her decision."

The band's comeback tour came after a three-year hiatus, and Harding is happy the group went out on a high.

She adds, "We've just had eight weeks of being together non-stop, so it's nice to have a break. It's like being sisters - after a while you feel a little bit suffocated... It was so nostalgic all being back together and it was good, but it did feel like the right time. We can't go on forever."