Sarah Harding pleaded guilty to using her mobile phone behind the wheel in court today (16.04.13) and was given a six-month driving ban. 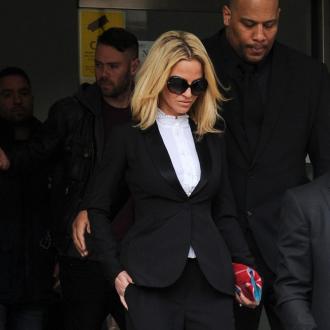 Sarah Harding has been given a six-month driving ban.

The Girls Aloud singer has been forbidden from getting behind the wheel for half a year after pleading guilty to using her mobile phone while driving on April 4 during a hearing in Highbury Magistrate Court today (16.04.13).

The star said she had ''learned her lesson'' after the incident which took place on Charing Cross Road, central London, earlier this month.

Sarah was pulled over by police in her 4x4 and taken to Holborn Police Station where she was charged with two offences.

Her lawyer Nick Freeman revealed in court the ban would make her new role as a charity ambassador very difficult .

According to The Sun newspaper, he said: ''This matter was leaked to the media some time ago and those papers have been awash with reports on what is a relatively minor offence.

''She was coming out of London and had been at a business meeting she told the officer that she was lost and immediately accepted culpability.''

Sarah, 31, insisted she was lost and her Bluetooth was acting ''erratically'' so she had to call for help.

She was brought back down to earth after her lawyer claimed she wouldn't be able to use public transport because she would be harassed by fans.

Sarah admitted: ''I made a mistake by using my phone whilst driving, but I was lucky. I accept the courts penalty but it could have been a lot worse. I have learned my lesson.''