Sarah Harding has a pet penguin

Sarah Harding has a pet penguin called Elvis, who she adopted at London Zoo. 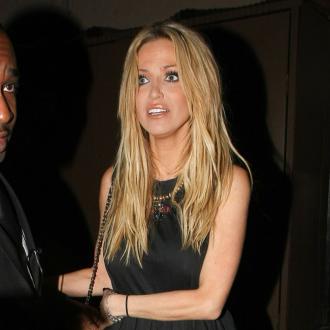 The Girls Aloud singer has adopted one of the flightless aquatic birds at London Zoo and named him after music legend Elvis Presley, commonly known as The King of Rock 'n' Roll.

After Simon Cowell tweeted: ''And I now love twitter. And still want a pet penguin,'' Sarah responded by writing: ''hmmmm....believe it when i see it mr! Ps. Don't call it elvis that's what my adoptive one at Ldn zoo is called haha! X (sic)''

London Zoo offers adoption packs for its penguins from £32, which include a welcome letter with fun facts about the penguin, a personalised certificate, one free zoo ticket, and a photograph of the animal.

Sarah also has two cats and ''three naughty dogs'' to look after, which live with her.

Sarah's Girls Aloud bandmate Cheryl Cole is sure to be jealous of all her pets, as she was desperate for a dog for Christmas, but her family wouldn't let her have one as they were worried that with her hectic work schedule she wouldn't be able to look after it properly.