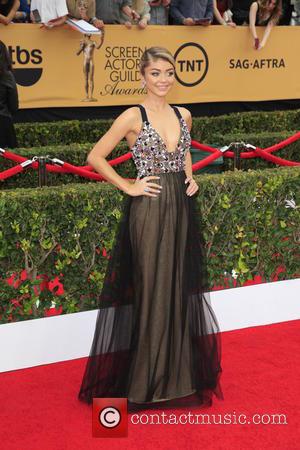 Picture: Sarah Hyland - A host of stars were photographed on the red carpet as they arrived at the 21st Annual Screen Actors Guild Awards which...

The Modern Family star obtained a restraining order against Prokop in September (14), four months after their break-up, amid allegations he had terrorised her during their relationship.

She previously admitted she was eager to get back into the dating game and now it appears she has found new happiness with her Vampire Academy pal Sherwood, reports UsMagazine.com.

The rumoured new couple was spotted out together on various occasions in January (15), and were snapped kissing during a night out at Hollywood's Warwick Nightclub on Saturday (31Jan15).