'Sex And The City' stylist Patricia Field says Sarah Jessica Parker can carry off any out because she moves so ''beautifully''. 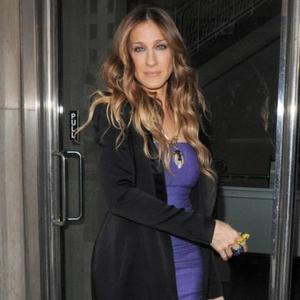 Sarah Jessica Parker can carry off any outfit because she moves so gracefully.

The 'Sex And The City' actress is famed for her unique fashion sense and stylist Patricia Field - who is the costume designer for both the TV series and movies - knows she can put Sarah in anything because she has such a sophisticated manner.

She said: "Sarah moves so beautifully. She has a physical and mental grace, so when you put something on her it looks great because she moves so well. When someone is graceful, you can put a gorgeous dress on them - but if they move clumsily; it's not going to look good. When Sarah walks, her feet don't touch the ground. She could twirl mid-air."

Sarah's alter-ego, Carrie Bradshaw, has become a fashion icon but Patricia admits she doesn't like everybody copying her look.

She told LOOK magazine: "I love all of Carrie's trends but I don't like them when everybody's wearing them and it becomes the only thing to wear, like Gladiator shoes. I love them, but they became too Common."

Some of the trends Carrie has set include the name-tag necklace, ghetto gold and mismatching underwear.