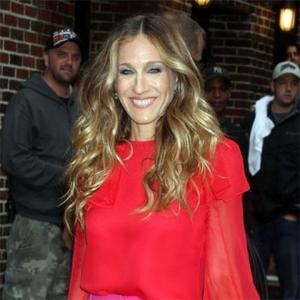 Sarah, 49, officially signed up to the project on Friday (27.01.12) and joins new cast member Chloe Sevigny who has agreed to play the part of a journalist tasked with finding out the real story of Linda's life.

'Lovelace' - directed by Rob Epstein and Jeffrey Friedman - began shooting in December and is expected to be released later this year.

Demi was rushed to hospital on Monday (23.02.12) and treated for "exhaustion" after suffering a seizure at a party at her home.

Details of the 911 call made on the evening have now been released.

During the conversation one of the 49-year-old actress' friends tells the operator: "We need an ambulance here as soon as possible. Why is an ambulance not on its way right now? She smoked something. It's not marijuana, but it's similar to, it's similar to incense, and she seems to be having convulsions of some sort."

Demi - who is in the process of divorcing her husband Ashton Kutcher - has been alleged to be suffering from anorexia and substance abuse issues.