Sarah Jessica Parker would consider making another 'Sex and the City' film to tell ''one last chapter'' of Carrie Bradshaw's story. 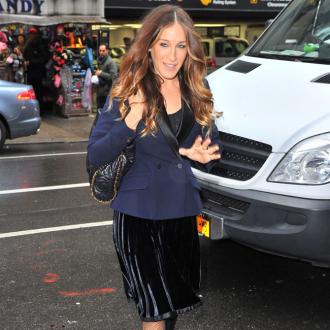 Sarah Jessica Parker would consider making 'Sex and the City 3'.

The 48-year-old actress isn't ready to throw away her Manolo Blahniks just yet and would happily reprise her role as style icon Carrie Bradshaw on the big screen - as long as the sequel happened in the near future.

She confessed to InStyle magazine: ''A part of me thinks there is one last chapter to tell. But timing is a peculiar thing. It isn't a decision that can wait forever. I don't want to have to wear muumuus [a loose dress that hangs from the shoulders]!''

This comes after her 'Sex and the City' co-star Kristin Davis - who plays prim and proper Charlotte - admitted in December they were in ''discussion'' about potentially making a follow-up film.

She said: ''I don't think [a third film] is a pipe dream, there is discussion. People talk about it amongst the people who are the players, but I don't know if it will come together. It would be very exciting if it did.''

However, Cynthia Nixon [Miranda] has been less enthusiastic about the possibility of getting back together with the old gang, which also includes Kim Cattrall as man-obsessed Samantha, ten years after the HBO show ended.

Quizzed about a third film, Cynthia previously replied: ''I think it's fine to let it go.''