Sex And The City Prequel To Premier Tonight, What's it About? 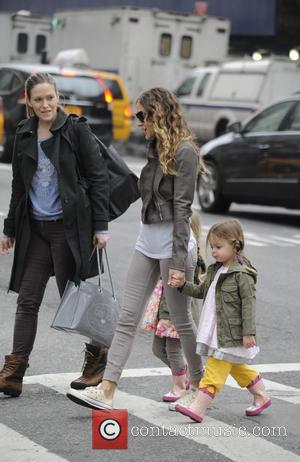 You'd think both of the Sex And The City movies were fair warning: stop trying to make money out of the franchise, it'll never be as good as the series and it's getting embarrassing. Do they listen? You know the answer to that.

Now, tonight in fact, the SATC prequel will be on televisions, telling the story of the show's lead Carrie Bradshaw, as she makes her journey from Connecticut to Manhattan due to the death of her mother. "This is a younger Carrie. I mean, we're first meeting Carrie in 1984, and she's 16, so she's just getting introduced to New York and her first love and fashion, and she's really finding herself as a writer and trying to find her voice," star AnnaSophia Robb told MTV News at the series' red-carpet premiere in October. Author Candace Bushnell, says it's difficult to compare the prequel to the main show. "I never know how to answer that question," Bushnell said when asked to do just that. "Both Carries are really close to me."

"I just really tried to capture being a teenager in a small town, and although your life is perfectly fine, for some reason you want more," she continued. "You want to see the world, and you really want to experience the world. And the Carrie in 'Sex and the City' had that dream, but she's experiencing it, and she's gotten there, whereas the Carrie in 'The Carrie Diaries' is just trying to figure out how to get there."