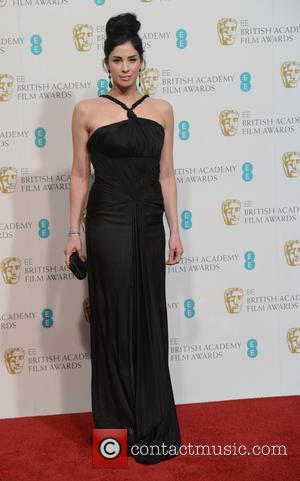 Sarah Silverman’s sister was amongst a group of women detained in Jerusalem, for praying at a Jewish holy site, dressed in garb normally reserved for men. Susan Silverman, along with Anat Hoffman and others, are members of a liberal group named Women of the Wall, who go to the Western Wall once a month to pray and, according to Associated Press, “conduct certain rituals, such as wearing prayer shawls and skullcaps and singing out loud;” all practises normally reserved for men, under the rules of strict Orthodox Jewish groups.

Sarah Silverman was outspoken in her praise for her sister, saying she was “SO proud” of her sister’s civil disobedience. Sarah Silverman being Sarah Silverman, though, her full message was a little more colourful than that, saying “SO proud of my amazing sister @rabbisusan & niece @purplelettuce95 for their ballsout civil disobedience. Ur the tits! #womenofthewall.” Hoffman, who is the group’s chairwoman, said of the arrest “this is just attrition, they want the group to become frightened.”

The detentions took place on Monday, when 300 people gathered at the Western Wall during a prayer service, to protest the Orthodox control of the site. There were around 10 male supporters present, including veterans from the paratroopers’ battalion. Hoffman confirmed that none of those arrested had been charged with any formal crime.