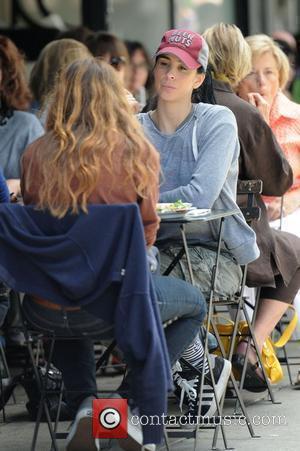 Sarah Silverman is following in the footsteps of Scarlett Johansson and Woody Harrelson by urging U.S. politicians to support a plan to promote healthy eating in schools.
The comedienne has voiced her support for the Healthy School Meals Act of 2010, a bill which which aims to provide America's kids with nutritious lunches.
The scheme would reward school districts with incentives if they give students more vegetables - and Silverman is backing the bill wholeheartedly.
In a letter to Congressman George Miller, Silverman says, "I'm writing to you about something that has shocked and offended me. And trust me when I say it takes a lot to shock and offend me. Some of the foods we're feeding kids in schools are repulsive - and that unhealthy food is feeding the childhood obesity epidemic.
"All kids - vegetarian or not - should have healthy options. I think that we forget the simple fact that what we put in our bodies directly affects our bodies. Many kids aren't able to bring lunches from home - they have to eat what's in the lunch line. Without healthful options in the cafeteria, we're doing our children and the future of our country a great disservice."
And Silverman is convinced the cafeteria changes would reduce health care fees, adding: "If we help children develop healthy habits early on, they'll have a lower risk of obesity, heart disease, and diabetes in the future. And that would mean lower health care costs. See? Only good comes from this. I know you're as serious as I am about helping kids succeed and stay healthy."
Both Johansson and Harrelson have previously written letters to Congress in support of the bill.