Hiddleston was ambushed with a question about Swift while he was being interviewed about new film 'Kong: Skull Island'.

Tom Hiddleston entertainingly shut down an interviewer on live television after he was asked a question about his much-discussed relationship with Taylor Swift last year.

The 36 year old British actor appeared on the American breakfast TV show ‘Today’ in order to discuss and promote his new film, Kong: Skull Island, on Wednesday (March 8th). However, the discussion was soon directed towards the summer romance that Hiddleston enjoyed with Swift from May to September last year. 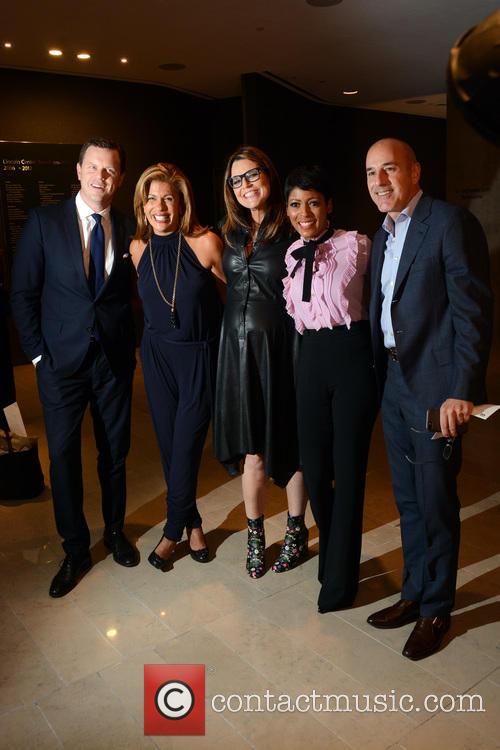 The co-presenter announced that she and her husband Michael Feldman are expecting a little brother or sister for their daughter Vale in December.

‘Today’ co-presenter Savannah Guthrie has announced that she’s expecting her second baby with her husband Michael Feldman, at the age of 44.

The journalist and former attorney broke the surprise news to her co-anchors on Tuesday’s show (June 7th), saying they’re expecting another child at the end of the year. “Mike and I are so excited. We're expecting a baby in December!” she said.

She and Feldman are already parents to a 22-month old daughter Vale, whose imminent arrival the couple memorably announced on air back in 2014 just two days after they got married. The 'Today' show host Matt Lauer posed alongside his very pregnant co-anchor Savannah Guthrie on the red carpet during an 'America's Got Talent' season 9 post show event held at Radio City Music Hall in New York City. The season is set to close in September 2014. Katie Couric is allegedly in 'friendly' talks to take over hosting the "Today" show when Savannah Guthrie goes on maternity leave.

Katie Couric could be set to return to NBC’s “Today” show. The journalist is allegedly in talks with the network to potentially cover for Savannah Guthrie while she takes her maternity leave. 42 year old Guthrie is five months into her pregnancy and said to be taking her leave late this summer. The position which Couric is said to be in the running for is currently temporary, although if ratings rise then the role could become permanent. The “Today” show is currently the No.2 morning show in the United States, the network may be hoping to take the top spot with Couric in the driving seat.

The 'Today' Show anchor revealed details about her weekend wedding and that she is four months pregnant with her first child, all on the same show.

The NBC News anchor made the two huge announcements on Monday's (March 17th) addition of the 'Today' Show.

The 42-year-old told her co-anchors and viewers, over the weekend she married her fiancé Mike Feldman, and that she is also four months pregnant.