By Alister Roberts in Music Reviews on 30 January 2013

Amidst a wealth of upbeat, cheesy Christmas songs that plague the ears of the nation throughout December (earlier and earlier every year), with this second UK album release Scala & Kolacny Brothers present a darker and more sombre musical take on the last month of the year. 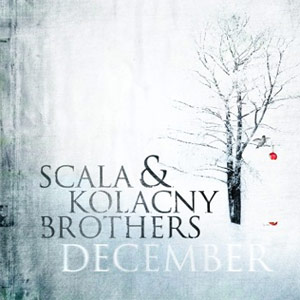 Scala & Kolacny Brothers' distinction is powerful; goose bump-inducing re-workings of familiar rock and indie tracks, some of which will be familiar from their recent use for television trailers for the likes of Downton Abbey and Homeland. The follow up to the Belgian all-female choir's self-titled debut opens with their version of Linkin Park's 'My December' which, in haunting beauty and with minimal accompaniment, continues with their familiar ground and sets the scene for much of the album that follows. Instantly obvious too is Steven and Stijn Kolacny's continued confidence to delve straight in with a reworking of tracks that are contrasting to what would ordinarily perhaps be expected from a delicately voiced 30-40 strong all female choir, ably tackling the likes of Linkin Park, Pearl Jam and Smashing Pumpkins, just as they did with Metallica and Nirvana on the debut album.

Through their opening four tracks, Scala & Kolacny Brothers sound stripped back, piano accompanied versions of December/Christmas-related tracks; their reworking of Coldplay's 'Christmas Lights' for example, starts quite low and quiet and builds through layers of stunning yet quite close, precise harmony, just as the track before and the track after, and by this point there is already a feeling of repetition with their same-y arrangements. Later, '2000 Miles' (The Pretenders) removes all the rawness and emotion of the original and replaces it with delicacy and precision and, even though the choral arrangement builds, there's a still flatness that just can't be avoided. With 'Christmas Must Be Tonight' (The Band), however, and again later with 'It's Christmas! Let's Be Glad' (Sufjan Stevens), the Kolacny Brothers attempt to change this, introducing a male vocal solo backed with guitars, drums and bass to contrast the piano-accompanied all female choir. The male-led tracks are kind of torn between a welcome interruption and something that's out of place; like the Kolacny Brothers' divulging their inner indie band urge and nodding to influences as if the reworking of their influences' tracks wasn't enough of a nod. The Sufjan Stevens track is also quite sluggish and tinged with a little melancholy in its harmony and tonality reminiscent of 'No Surprises', so only offers variety in terms of arrangement rather than pace and feel.

By Hannah Spencer in Music Reviews on 01 June 2011

Following the YouTube phenomenon that Scala & Kolacny Brothers became after their stunning version of Radiohead's 'Creep' was featured on the soundtrack of The Social Network, this album, the much-anticipated debut UK release from Scala & Kolacny Brothers, is every bit as breathtaking, spine tingling and hauntingly beautiful as it promised to be. Conducted by Stijn Kolacny and accompanied by his brother Steven, the Scala a 30-40 strong all female choir that perform the most powerful, goose bump-inducing, unique re-workings of familiar rock and indie tracks.

Precise yet wonderfully expressive and moving from the very start, the album opens with Scala's reworking of 'Nothing Else Matters', originally performed by Metallica; a female vocal ensemble singing beautifully in gentle yet whole harmony over solo piano, and later, particularly stunning within this track is the 'ooh' refrain which has that poignant quality of echoing round a vast, Cathedral-like environment. An immediate change of pace follows into Peter Gabriel's 'Solsbury Hill' with its' pounding piano introduction and much brighter, pop feel which the Scala choir perform equally as captivatingly, moving perfectly between a loud, bright energy and a contrasting more sedate vibe. This is followed by a slower paced female reworking of 'Champagne Supernova' by Oasis, a band that epitomise rough masculinity; re-imagined, the track opens with a powerful rall in lush harmony that couldn't be more contrasting to the Gallagher brothers, but is equally superb in its' own right and full of dynamic variation. Opening with delicately whispered vocal harmonies over the piano accompaniment, Scala's version of Alanis Morissette's 'Ironic' then kicks into a much stronger feel during the chorus. The harmonies that Steven Kolacny has re-imagined for Scala are simple but all the same just sound so powerful. 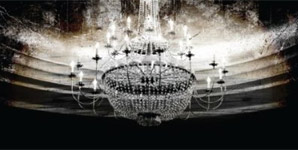