Rapper Scarface Was Forced To Cut Short His Celebrations At The Bet Hip-hop Awards On Friday (09oct15) When He Was Arrested Moments After Receiving A Lifetime Achievement Honour. 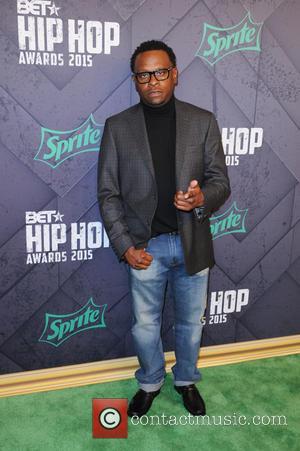 The music veteran, real name Brad Jordan, was saluted with the I Am Hip-Hop Icon prize at the Atlanta, Georgia celebration, where Ludacris presented him with the accolade and feted him as one of "hip-hop's best storytellers".

However, shortly after walking offstage at the Boisfeuillet Jones Atlanta Civic Center, Scarface was ambushed by police and taken into custody for unpaid child support. Reports suggest cops had an outstanding warrant for his arrest and he was booked at Fulton County Jail, where he remained behind bars on Sunday morning (11Oct15), reports TMZ.com.

Drake, who was not in attendance at the ceremony, led the 2015 nominations with 12 nods, but the winners will not be revealed until the show airs on America's BET network on Tuesday (15).

Scarface Was Suffering From Pneumonia During Hospitalisation

Geto Boys To Reunite For Month-long Tour And Possible Album

Rapper Scarface Comes Out Of Retirement

Golf-mad Scarface Loves To Play A Round