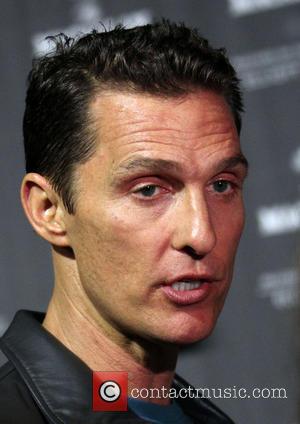 Picture: Matthew McConaughey - Debut Of The 4th Edition Of The Macallan Masters Of Photography Series By Elliott Erwitt At the Leica Gallery - West Hollywood,...

Matthew Mcconaughey and Scarlett Johansson have won awards at a film festival in Rome, Italy on Saturday (Nov 16th), reports the BBC.

The 44 year-old actor won an award for his Oscar tipped role in 'Dallas Buyers Club' where he plays an aids activist from the 1980s.

McConaughey plays a Texas Cowboy called Ron Woodroof, who is HIV positive in the early days of the AIDS epidemic.

When Woodroof was diagnosed with HIV he was given 30 days to live and, receiving little help from the government or his acquaintances, attempts to find treatments from across the globe.

Along the way he encounters other HIV positive people and discovers a way to ensure these people could buy treatment.

The 28 year-old actress received an award for her role in Spike Jonze's 'Her', a part that required only her voice as she plays a computer operating system in the not too distant future.

The love story takes a unique turn when after his character download's a new "operating system" named Samantha (Johansson) who has the power to evolve.

The Best Film award went to a documentary titled 'Tir'. Albert Fasulo's piece depicted a Bosnian truck driver who failed to get work as a school teacher.

It was the first Italian made film to win Rome Film Festival's top prize.