Novel At Centre Of Scarlett Johansson Lawsuit Gets U.k. Release

A French Novel Scarlett Johansson Tried To Ban From Translation Is Set For Release In The U.k. Next Month (Sep15). 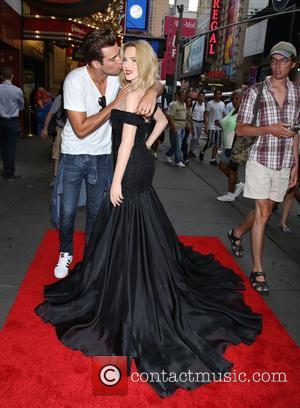 The Avengers actress sued author Gregoire Delacourt and his publisher JC Lattes for defamation in 2013 over his novel La premiere chose qu'on regarde - The First Thing We Look At - about a mechanic who falls in love with Johansson's doppelganger, Jeanine Foucaprez.

The actress accused them of making "fraudulent use of her name, fame and image", and also sought an injunction banning translations or movie adaptations of the novel.

She was awarded damages in the defamation trial last year (14), but her bid for a ban was thrown out, and the book has now been translated into English and is set for a U.K. release on 10 September (15) under the new title The First Thing You See.

According to Britain's The Independent newspaper, four lines about the fictional character's affairs have been cut and Johansson is not mentioned in any publicity material by British publisher Weidenfield & Nicolson, who sought legal advice before releasing the book.