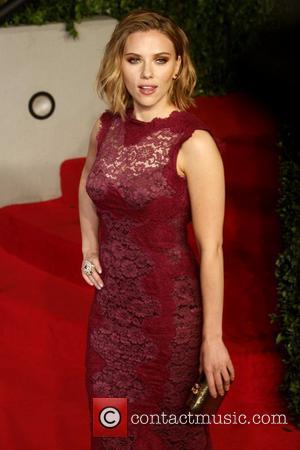 Scarlett Johansson, the American actress and star of 'Lost in Translation', has reportedly ended her relationship with Sean Penn, reports People Magazine. Scarlett Johansson did not attend the Cannes Film Festival for the premiere of Penn's new movie 'The Tree of Life', fuelling speculation that the pair were no longer dating.
A source close to the couple confirmed the split, but the reasons for their parting are not immediately known. Johansson has been working in New Mexico, where she is reprising her role as the 'Black Widow' for 'The Avengers'. The 26-year-old made headlines when she was spotted "getting flirty" with the Oscar-winner Sean Penn during a lunch date in Los Angeles. The couple were then photographed on a whirlwind trip to Cabo San Lucas, and allegedly accompanied each other to Reese Witherspoon's wedding. Last month, they attended a White House Correspondent's Dinner party in Washington D.C, but their representatives maintained the pair were "just friends". Rumours that Scarlett was pregnant began to arise in April when she was snapped jogging with Owen Wilson and Penn, but her representative Marcel Pariseau immediately denied the speculation, saying, "She's outside running and it's simply the placement of her shirt that is misleading".
Scarlett Johansson has been confirmed to appear in the upcoming sci-fi movie 'Under the Skin'. The movie, about aliens who descend on earth to abduct hitchhikers, also stars Topher Grace and LACEY CHABERT.

Why The World Is Ready For A 'Black Widow' Movie

Scarlett Johansson Blasts 'Cowardly' Ivanka Trump For Not Speaking Out