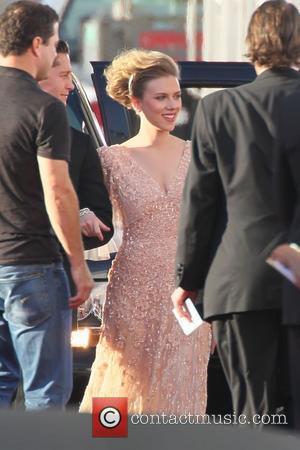 Scarlett Johansson began a "fling" with the actor Sean Penn in early January 2011 while the actress was filming 'We Bought a Zoo', reports US Weekly Magazine.
SCARLETT JOHANSSON, the American actress who recently split from her husband Ryan Reynolds, began a "fling" with the 50-year-old actor SEAN PENN while she was staying at Los Angeles Chateau Marmont hotel in January.An insider who spoke to the magazine claims that the pair first "hooked up" while Johansson was filming the new movie by Cameron Crowe. The source said, "Scarlett first reached out to Sean when she was planning to visit Haiti with Oxfam. She knew Sean was living there in a tent and turned to him for advice". Although the actress decided not to go on the trip, she apparently "developed feelings" for Penn, who split from his wife Robin Wright last August. The insider added, "Scarlett's smitten with him. Despite the claims, Johansson has denied talk of a romance and her representative told E!, "Scarlett and Sean are not dating - they have been friends for years. Nothing more, nothing less. They have been talking over the last few months regarding Haiti Relief and Scarlett's upcoming trip to Haiti as Oxfam's Global Ambassador".
'We Bought a Zoo' is set for release on 23rd December 2011 and Johansson is currently filming the 2012 super-hero movie 'The Avengers', in which she plays the 'Black Widow'.