Scarlett Johansson Discovers The Secret To A Happy Marriage

Scarlett Johansson's Marriage To French Writer Romain Dauriac Stands A Better Chance Of Lasting Than Her Short-lived Union With Ryan Reynolds, Because Her Second Husband Is Not An Actor. 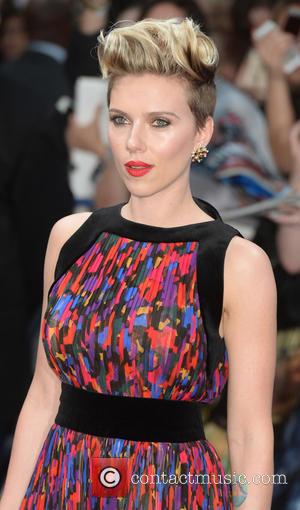 Johansson and Reynolds' marriage didn't even make it to the third anniversary milestone before the private couple divorced, and now The Avengers star understands why.

She tells Parade magazine, "It (marriage) takes a lot of work. It takes a man who's not only confident in the love that you have for one another, but confident in what he has going on in his own career.

"He has to be in a field that's completely different from yours. My husband's also involved in art. What's important to him is the recognition that he gets from his job, and that has nothing to do with my job."

Johansson and Dauriac wed last year (Oct14), one month after she gave birth to their daughter Rose.

And, opening up further about her six-month-old marriage, the actress adds, "We like to go out and go dancing. Other times, we like to sit at home and eat Thai food and watch House Hunters International for four hours. And we're interested in each other's worlds.

"He's interested in my weird alien entertainment world. It fascinates him because it's so different than what he knows. And I like to go to art openings with him and talk about art and emerging artists with him. That's his passion."