Engaged? Not So For Scarlett Johansson And Romain Dauriac 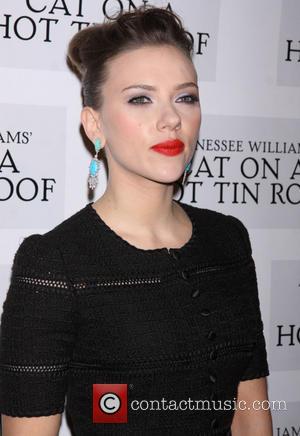 We really wish that celebrities would learn to keep their ring fingers free and un-adorned, unless they are definitely getting engaged and willing to admit to it. All of this chasing around, staring at pictures of celebrities’ ring fingers is really starting to tire us out. The latest offender in the mis-wearing of rings is Scarlett Johansson, who was pictured holding hands with her boyfriend Romain Dauriac and sporting a ring on her ring finger.

However, E! Online have quashed the rumor that Scarlett’s getting engaged, after speaking to her rep. Apparently there was no big reason behind Johansson’s decision to wear the rather large, sparkly ring on her wedding ring finger and her relationship with the French journalist hasn’t progressed to the ‘getting hitched’ stage just yet. Scarlett and Romain began dating last year – the news was made public not long after Scarlett’s split from Nate Naylor became common knowledge.

Scarlett isn’t the only one who’s been forced to deny rumours of a secret engagement, either. After her Valentine’s day date, Katy Perry was spotted wearing an eye-catching heart-shaped ruby ring on her ring finger, forcing her reps to deny that she had gotten engaged to her current beau John Mayer. Katy, of course, was previously married to Russell Brand. After such a public and non-too-friendly split, we cant imagine she’d be rushing back up the aisle just yet.