Scarlett Johansson Reads Out Passages From The Bible In A Seductive Voice For Funnyman Mike O'brien's New Comedy Album. 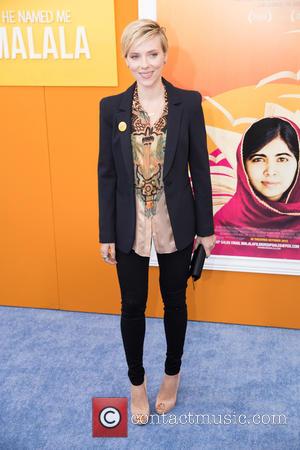 On the track Sexy Bible, Mike plays a presenter of fictional radio show WSEX, Sexy Talk Radio who calls Scarlett into his booth to read out sections from Book of Deuteronomy in the Old Testament.

Scarlett adopts a breathy, seductive voice to read while Mike encourages her to make it sound more sexy.

Examples of her passages include, "If a man has a stubborn and rebellious son, his father and mother shall bring him to the elders at the gate of his town.... then all the men of this town shall stone him to death."

"I wasn't sure what the comedic take would be when I first became obsessed with Deuteronomy, but I knew a female should be delivering most of it because a lot of the quotes are very misogynistic and who wants to hear a guy make fun of that," the Saturday Night Live comedian told Rollingstone.com.

"I was so thrilled that Scarlett said she'd do it. We actually did another, half-improvised sketch after finishing Sexy Bible. I'll probably release the other one later on."