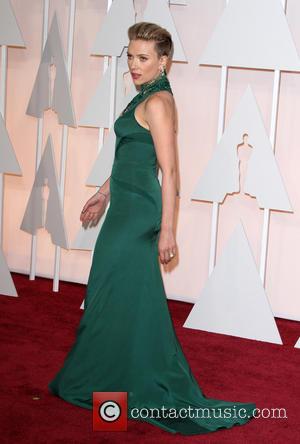 Picture: Scarlett Johansson - Hollywood's biggest stars were snapped on the red carpet as they arrived for the 87th Annual Oscars awards ceremony which was held...

The girl band Scarlett Johansson has formed with Haim rocker ESTE Haim has been hit with a cease-and-desist notice from a Los Angeles-based act with the same name.

Last week (ends22Feb15), the Lost in Translation star announced she, Haim and musicians Kendra Morris, Holly Miranda, and Julia Haltigan had joined forces as The Singles, and were planning to release a new single, titled Candy.

It appears the girl band may have to rethink its name following a legal pitch from rocker Vincent Frederick, who fronts an L.A. band called the Singles.

He is alleging trademark infringement, according to Pitchfork.

Frederick released a statement about the legal issue, which reads: "It's hard to believe that any musician would do something like that to another band. The Singles has been my life for the past 16 years. We have worked so incredibly hard to make it a success."