Scarlett Johansson and Jonah Hill are in talks to Coen Brothers' new comedy about the golden age of Hollywood. 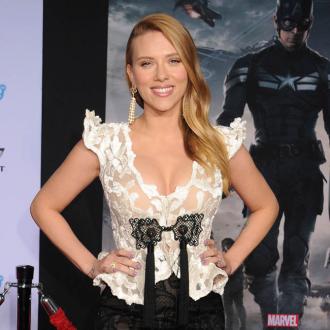 Scarlett Johansson is being lined up to star in 'Hail Caesar!'

The actress is in talks to join the Coen Brothers' new movie alongside confirmed cast members Josh Brolin and George Clooney.

The 'Match Point' star is expecting her first child with French journalist Romain Dauriac and will incorporate her pregnancy into the storyline since she is expected to play an actress who suddenly discovers she's with child.

Funnyman Jonah Hill is also reported to be negotiating a part in the 1950s set comedy, Variety reports, although details of his role are being kept under wraps.

Meanwhile, Channing Tatum, Tilda Swinton and Ralph Fiennes were all recently revealed to be close to joining the movie's line-up.

The story follows a Hollywood fixer in the 1950s who works to keep a film studio's actors in line.

'Hail Caesar!' goes into production this autumn and Johansson's role is not expected to take long to film due to the size of the cast.

The 29-year-old beauty will next be seen next in 'Lucy' and just wrapped Marvel's 'Avengers: Age of Ultron'.