Johansson is only the latest actor to make the crossover. 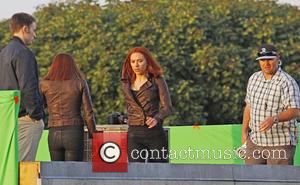 The path from actor to director is a well documented one (with varying degrees of success) and Scarlett Johanson is about to undertake it with an adaptation of Truman Capote's posthumously discovered debut novel, Summer Crossing. The film will tell the story of a 17-year-old Protestant debutante who begins an affair with a Jewish parking-lot attendant while her family vacations in Paris during the summer of 1945. Obviously, a controversial story and one that will be difficult to adapt, but Johansson is confident in the success of the project, which is currently being pitched to potential investors at Cannes.

"Several years ago I began working alongside the Capote estate and writer Tristine Skyler to adapt Summer Crossing, an inspired early work of Truman's which has long captured my heart," said Johansson in a statement. "Being able to bring this story to the screen as my full-length directorial debut is a life dream and deep privilege." Johansson might be taking her cues from celebrities like James Franco, whose trailer for his sophomore directorial work As I Lay Dying, a Faulkner adaptation, recently hit the web. Capote himself was far from proud of Summer Crossing during his lifetime, calling the work “thin, clever, unfelt”. Though the novel definitely works in terms of style - it’s easy to see how Johansson could make a solid film out of it. The actress will have to juggle her directorial duties with filming for the upcoming 'Avengers' films.