Shears Thrilled To Work On Maupin's Tales Of The City Musical 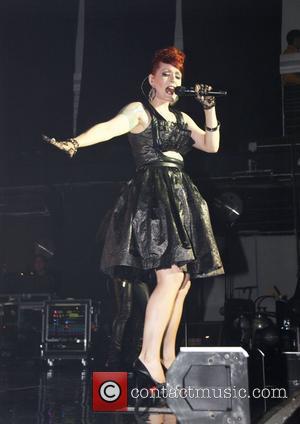 Scissor Sisters frontman Jake Shears jumped at the chance to create the score for the new stage adaptation of Armistead Maupin's classic Tales Of The City stories - because the books helped him come to terms with his sexuality when he was a teenager.
The author's stories about gay and lesbian life in bohemian 1970s San Francisco has already been turned into a cult TV series, starring Laura Linney and Olympia Dukakis, and now Shears has created the music for a new version of the saga, which launches in California next month (May11).
And he reveals he has a very special connection with Maupin's work.
He tells RollingStone.com, "When I was 13, there were these two gay guys in my hometown and I think they probably picked up on the fact that I am gay. They were really lovely, they gave me a lot of music to listen to and turned me on to new stuff.
"One day, Sean, one of them, gave me a copy of Tales of the City and said, 'I think you'll really like this, you should read it.' I fell in love with the characters and read the entire series. The books were, for me, a rite of passage.
"Anybody can pick them up and really get into them. There's lots of lascivious behaviour, but somehow they remain really kind of beautiful and nonjudgmental and strangely wholesome."
Shears insists he won't be stepping out onstage to guest in the musical he has created: "I couldn’t act my way out of a wet paper bag. I’m a terrible, terrible, terrible actor... The characters have a lot of depth and the performances are super-important. I just don’t have the skills."