Kourtney Kardashian's ex Scott Disick has claimed that the scantily dressed women at his home this week were there for a video shoot. 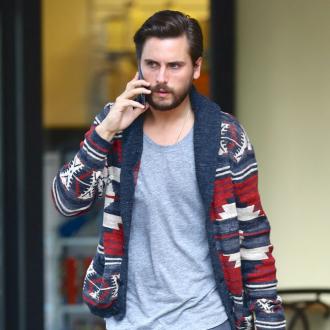 Scott Disick claims the women spotted at his Beverly Hills home this week were shooting a music video.

His ex Kourtney Kardashian was said to be furious after a bevy of scantily-clad beauties were seen arriving at his bachelor pad but Scott has insisted they were there strictly for professional reasons.

A source close to Scott told TMZ that he allowed producers to use the property for their shoot and that record producer Mally Mall was there supervising the whole thing.

Kourtney, 36, dumped her partner of nine years recently after he was spotted with ex-girlfriend Chloe Bartoli in the South of France.

And she was furious when the women were seen at his house just hours after she allowed him back into their Calabasas home to see their three children.

The insider said: ''She thinks he's rubbing her nose in the breakup.''

Meanwhile, it was recently claimed that Scott isn't worried about being dropped from Kourtney and her family's reality TV series 'Keeping Up with the Kardashians'.

Kourtney and her family, including mother and manager Kris Jenner, are prepared to turn their backs on Scott for good unless he seeks treatment in rehab.