Scott Disick considers family to be more important than money and feels incredibly ''fortunate'' to have three ''amazing'' children. 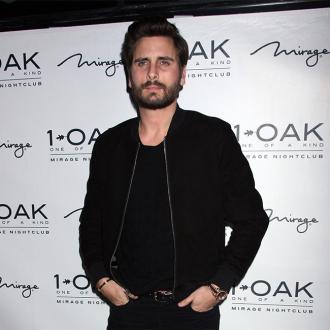 The 'Keeping Up With The Kardashians' star - who has Mason, five, Penelope, two and ten-week-old Reign with his partner Kourtney Kardashian, 35 - has changed his view on the importance of money.

''I've realised that money is not everything I used think it was. Being at home is more important.''

And the 31-year-old former model also admitted he feels ''pretty fortunate'' to have three ''amazing'' children.

He gushed: ''We've been fortunate enough to have three amazing kids.

''They don't really make our lives any harder, they make it easier, because you kind of realise what life's about. We're pretty fortunate for that and I thank God for that.''

Meanwhile, Scott - who reportedly attended rehab last year - insisted he isn't worried about what people think of him.

He told People magazine: ''I try not to look into what people are saying about me anymore. A decent amount of the time it's probably not true, so I don't want to drive myself too crazy.

''People always have something to say about me. Listen, if it causes somebody some kind of happiness in their lives, so be it. I watch TV and movies for entertainment. Some people wanna read things, so more power to them.''