Scott Disick has admitted he still needs to ''get used'' to Caitlyn Jenner, who was known as Bruce Jenner before undergoing a gender transition. 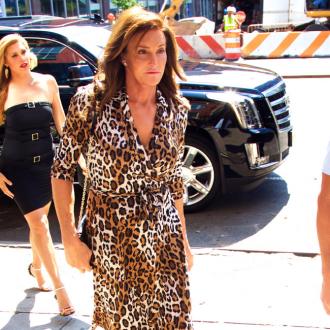 Scott Disick still needs to ''get used'' to Caitlyn Jenner.

The 'Keeping Up With The Kardashians' star admitted to the 65-year-old former Olympian - who was known as Bruce Jenner before undergoing a gender transition - that he found it ''interesting'' to look at her.

Speaking on a new episode of 'I Am Cait', Scott shared: ''It's gonna take some getting used to, I think, for everybody.

''But obviously, it's interesting to look at you... it's still you, so it's not like, who is this person? Obviously I'm just excited for you to have all the weight lifted off of you. You look great, you seem happy, that's all that matters.''

And when Caitlyn brought up Kris Humphries' ''transphobic'' tweet, Scott said: ''To be honest, I don't know if every man in the world is going to be as comfortable as I am.''

Meanwhile, Kris - who was married to Caitlyn's stepdaughter Kim Kardashian West for just 72 days in 2011 - reportedly felt ''sad'' for the television personality as she had to face such an ''internal struggle''.

A source said: ''He felt sad for Caitlyn after watching the 20/20 interview because she had to live her life as a man for so many years, even though Kris Jenner was fully aware of the internal struggle her spouse was dealing with ... Kris is happy that Caitlyn is living the life she wants to, out in the open.''