Scott Disick is a visitor in own home

Scott Disick was forced to check in with security guards to visit the California home he once shared with Kourtney Kardashian. 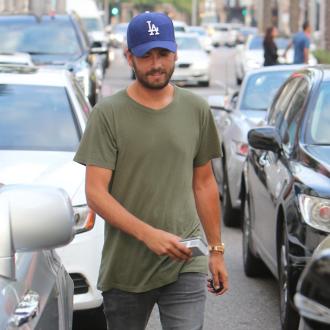 Scott Disick was held in a visitors queue to visit his home with Kourtney Kardashian.

The 32-year-old reality star was required to check in with guards before being allowed to visit the home he once shared with the 'Keeping Up with the Kardashians' star in Calabasas, California, on Sunday (06.09.15).

According to TMZ, Scott's Rolls Royce was spotted in the visitors queue after Kourtney had him removed from a residents list that allows people who live in the exclusive gated community access without security checks.

The couple - who have three children together, Mason, five, Penelope, three, and eight-month-old Reign - split in July after nine years together.

It was recently rumoured that Kourtney is looking for a bachelorette pad of her own so she can start afresh.

A source told the US edition of OK! magazine: ''Up until now, everyone thought Scott was going to slowly worm his way back into her life, but this is the first real signs she's determined to get on with her life without him. She's just sick of seeing mementos of Scott everywhere she looks, and she's ready to make some new memories in a new house.''

The former couple, who split after Scott was photographed with an ex-girlfriend in the South of France, only moved into a $10.5 million mansion in Calabasas, California in January 2014.