Scott Disick reportedly checked into rehab at the weekend - but left after just a few hours. 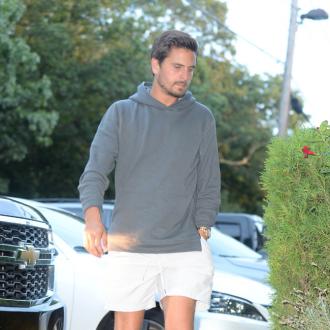 The 32-year-old reality star - whose split from long-term girlfriend Kourtney Kardashian was revealed this week - was urged to seek help by friends after returning from a trip to Monte Carlo so agreed to check into a facility, only to change his mind hours later.

A source told Us Weekly magazine: ''Friends got really worried about Scott after he went on a bender during his France trip and urged him to enter a rehab facility.''

It was recently claimed Scott - who checked into Costa Rica's Rhythmia Life Advancement clinic in March - has been partying hard to ''rebel'' against the ''crazy responsibility'' of having three children, Mason, five, Penelope, three, and Reign, six months.

A source close to the 'Keeping Up with the Kardashians' star said: ''He loves his kids. But he was never ready to be a stay-at-home dad. Scott rebels against the crazy responsibility of having three kids.''

Kourtney, 36, is said to have ended their relationship last weekend after he was spotted canoodling with ex-girlfriend Chloe Bartoli in the South of France.

The insider said: ''He acts out, he drinks too much and he embarrasses Kourtney. It was becoming a poor environment for the kids to be raised in, and she refused to let that be the case. They are her first priority.''