Scott Disick has reportedly moved into a ''killer bachelor pad'' in New York to get some ''peace and quiet'' away from the spotlight and to ''spite'' his ex-girlfriend Kourtney Kardashian. 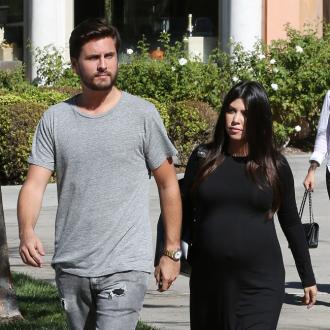 Scott Disick is living in a ''killer bachelor pad'' in New York.

Since his split from Kourtney Kardashian, after nine years together, left him kicked out of the family home, the 32-year-old television personality has moved near his late parents' old home, which the 'Keeping Up With the Kardashians' star had always wanted him to sell.

A source said: ''This house has always been a bone of contention in their relationship. After his parents both died she kept telling him to sell it but he never did.

''It has been one of the most frustrating things for Kourtney as she doesn't understand why Scott can't let go and move on.''

Scott - who has three children, Mason, five, Penelope, three and seven-month-old Reign, with Kourtney - is believed to have told pals he is only keeping the house to ''spite'' his former partner.

A source told the Daily Mirror newspaper: ''Scott has told everyone that he is going to keep the house now to spite Kourtney and just wants some peace and quiet from the spotlight.''

Meanwhile, the 36-year-old beauty isn't taking the couple's break-up lying down either, as she wants to block Scott from trading on her name.

She is reportedly determined not to let him make money from his connections to the famous family and wants him to sign a legal document agreeing not to endorse anything which uses the Kardashian name.