Scott Disick's 'Keeping Up With the Kardashians' contract states he will always get paid so long as he co-operates if and when producers need him. 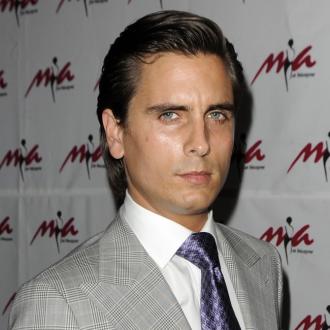 Scott Disick will get paid even if he no longer appears on 'Keeping Up With the Kardashians'.

The 32-year-old reality star recently split from long-term girlfriend Kourtney Kardashian - the mother of his children Mason, five, Penelope, three, and Reign, six months - and under the terms of deal he signed for her family's reality show, he will still receive money so long as he co-operates if and when producers need him for filming.

According to TMZ, Scott's ''single guy partying adventures'' will not be included in the next series of the show, but he may be required for filming connected with his and Kourtney's relationship problems.

Even if the footage is subsequently edited out, Scott will still get paid.

And it is believed the TV star takes home around $4 million a year from his appearance on 'KUWTK' and it's spin-off shows.

It was recently claimed that Kourtney, 36, and Scott had had problems in their relationship for some time but never dealt with them properly.

''He would screw up, then apologise, and Kourtney would always make him pay for a couple weeks. Then things would go back to the way they were. They never dealt with the underlying issues. Scott gets freaked out by confrontation; he never dealt with his real problems.''