The reality TV star went to the ER at Southampton Hospital after a hard night of partying at 1Oak nightclub in The Hamptons last month for his belated birthday celebrations. 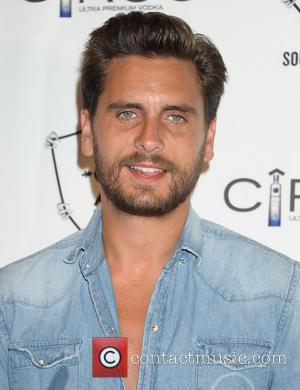 Scott Disick's issues with alcohol are far worse than anyone expected.

The reality TV star, who is known to enjoy partying, was spotted at 1Oak nightclub in The Hamptons last month for his belated birthday celebrations.

Disick was seen drinking plenty of alcoholic beverages in a reserved area for himself and a group of friends.

But the day after most have been his worst hangover ever.

The longtime love of Kourtney Kardashian was reportedly hospitalized for alcohol poisoning, according to TMZ.

The nightclub celebrations were also filmed, but it hasn't been confirmed if his trip to the hospital was recorded on camera, or if it was staged for the new series.

However, the gossip site does note that after the night was over went to the ER at Southampton Hospital because he apparently felt like someone had drugged him. This wasn't the case as doctors only treated him for alcohol poisoning.

Disick apparently saw the ordeal as a wake up call and "he hasn't had a drink since and is getting counselling from Pastor Rich Wilkerson Jr.," TMZ claims.

This incident occurred on the same day as Scott snubbed North West's first birthday, and days after he was reportedly thrown out of the Kardashian family's rented $14 million estate in the Hamptons on June 14th, due to his partying ways.

A source close to the soon-to-be father of three also confirmed to People magazine that he is "doing great," but uses alcohol as a way to deal with his parents deaths, which occurred earlier this year.

"He's had an unimaginable year losing his parents," the insider said. "There have been highs and lows, and he's just doing his best trying to work through everything. He's really making progress."