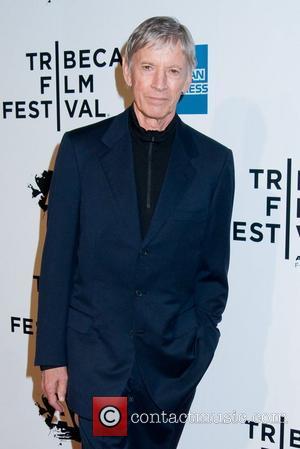 Veteran actor Scott Glenn is refusing to take heed of his doctor's advice and quit performing his own movie stunts after undergoing surgery for a shoulder injury for a second time.
The Silence of the Lambs star, 70, has continued to take on action roles in films such as The Bourne Ultimatum and this year's (11) Sucker Punch, despite his advancing age, and he also enjoys an active lifestyle when he's not in front of the cameras, indulging in his love of climbing, skydiving and motorbike racing.
He insists the adrenaline rush he experiences while living on the edge is what gives him the zest for life - and he has no intention of letting a few bumps and bruises slow him down.
Glenn tells WENN, "The one sort of quandary that I have right now is I'm this old fart with grandkids but, in terms of the parts I'm offered, kids still know who I am and get it. I don't sit behind a desk and give orders or hobble out to sit on a rocking chair and read books.
"I go deep water spear diving and climbing and still get track days on motorcycles and live a very physical life. There aren't that many parts around that reflect that.
"Physical injury is part of the price you pay for doing these things. I'm onto a second shoulder surgery and my orthopedic surgeon thought it was the end of my hopping onto my Ducati (motorbike) and going down to the racetrack. I said, 'No, if I bottom out I'll see you in the hospital again!'...
"I've probably been hurt more seriously making movies than anything else. In Urban Cowboy I got a concussion, a cracked collarbone. I did a terrible movie in Europe where I was jumping between buildings and I tore my back up; my lat (upper back) muscles completely separated. I got burned doing Backdraft when they set me on fire and it kind of got out of hand.
"I probably paid a physical price more for my art than I have for the sports I do, which is crazy. I'm very lucky too. I've gotten away with way more than I probably should have."