Weiland's Wife To Tell All In New Book 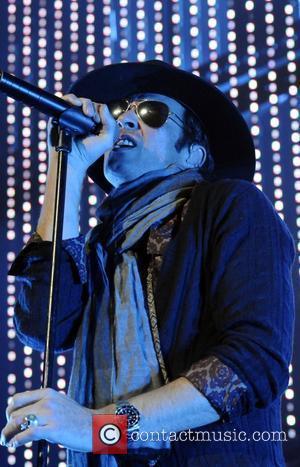 Scott Weiland's estranged wife is set to reveal what life is really like married to one of rock's most colourful characters in a new tell-all book.
Mary Forsberg plans to publish her memoir, Fall to Pieces, in October (09).
In a press release, the tome is described as a "visceral, rollercoaster ride inside bipolar disorder, rock 'n' roll, celebrity culture, and the competitive world of modeling from a rock star wife and recovering drug addict.
"Weiland's story offers a window into the world of modeling and rock 'n' roll celebrity while providing deep insights into a serious and misunderstood psychological disorder."
The Weilands married in 2000 but split last year (08) following a fight in a Burbank, California hotel room.
The break-up led to the former model revealing she has a bipolar disorder.
The estranged couple has two children.
Scott Weiland was kicked out of rock band Velvet Revolver in April 2008 and has since been touring as a member of the reunited Stone Temple Pilots.