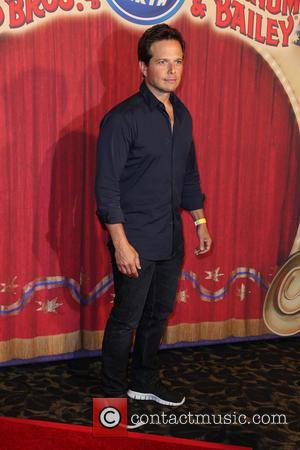 Actor Scott Wolf has dismissed long-running rumours he romanced his Party Of Five co-star Neve Campbell during the show's run in the 1990s.

Wolf and Campbell, who played siblings on the Golden Globe-winning family drama, are still often asked about a rumoured romance behind the scenes, and now the actor is keen to put all the chatter to bed once and for all.

During an interview on U.S. chat show Watch What Happens Live on Monday (23Feb15), Wolf insisted he never even stole a kiss from his pretty co-star, but admitted that if they were both single and filming the show today, they might have hooked up.

He explained, "Neve and I see each other the most and our sons play together, but we did not hook up. It's funny because, I don't know, I feel like if we filmed the show this year, we probably would've.

"In this day and age, it just seems more acceptable, or loose, to screw around with your Tv sister. But nothing happened. There were a lot of hugs. There were never any incestuous (relationships) amongst the kids."

And while on the topic of on and off-screen loves, Wolf noted that the one romance that was questionable was his Tv girlfriend, played by Jennifer Love Hewitt, who was just a teenager when they filmed the show.

Scott Wolf Is A New Father