Seal And Heidi Plan To Adopt

Seal has revealed he and wife Heidi Klum want to adopt a child some day after being inspired by their friend Sandra Bullock. 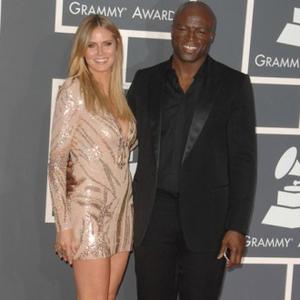 The couple raise four children together, seven-year-old Leni - whose biological father is the supermodel's ex-boyfriend Flavio Briatore - Henri, six, Johan, five, and two-year-old Lou and would love to take on the care of another youngster after seeing their friend Sandra Bullock go through the process with her 18-month-old son Louis.

Seal told Closer magazine: "I was really inspired by Sandra Bullock, who we've become friends with. She came round with her adopted son and she's raising a little boy by herself.

"She's giving him a chance, but he doesn't know it yet, which is just awesome. We've talked about adopting. I've no idea where we'd adopt from but I think we will one day - just not yet."

Seal adopted Leni in December 2009 but has previously insisted the legal process hasn't changed the way he views the little girl he has brought up since she was born.

He said: "Adopting Leni doesn't make her any more or less my daughter as she always has been. It makes a difference to us only in that I don't want Leni to be Leni Klum and her siblings called Samuel - that's just not right. I don't want her to feel different in any way, shape or form."