Seal has revealed he and his supermodel wife Heidi Klum have refused numerous big money business offers so they can be at home with their children. 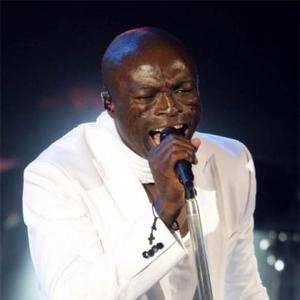 Seal has turned down "huge money-making opportunities" to spend time with his family.

He explained: "It's successful only because we make it successful. It's not Rocket Science, it really isn't. It's work but it's fun. It's only hard work when you allow it to be so. You've just got to prioritise, that's all.

"Both of us have turned down huge money-making opportunities because family is more important. You have to do that as you only get one crack at this."

The 47-year-old singer also revealed just because Leni is not his biological daughter - she is Heidi's child from her relationship with Italian Formula 1 team boss Flavio Briatore - he doesn't love her any less than his other children.

Seal - who formally adopted Leni in December 2009 leading to her sharing his surname Samuel - added: "Adopting Leni doesn't make her any more or less my daughter as she always has been. It makes a difference to us only in that I don't want Leni to be Leni Klum and her siblings called Samuel - that's just not right. I don't want her to feel different in any way, shape or form."