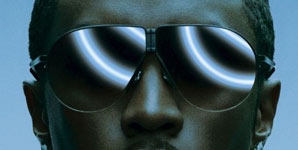 P Diddy comes with another sure-fire hit that is quite reminiscent of Prince in his "Purple Rain" era. A track that is as watered down as an urban track can get with being still able to loosely still use the label that P Diddy has been such an integral part of. But it gives you such a sense of reason as to why urban music is struggling so when one of the kings of the scene has to stoop to this level to put himself back on the map. This isn't no "All About Benjamin's" belllliiieeve dat.