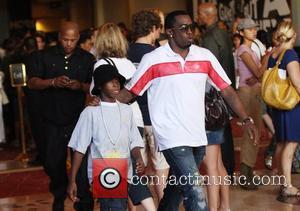 Sean Combs turned down a part in hit film The Devil Wears Prada because he didn't want to upset Vogue magazine editor Anna Wintour.
The film subtly takes aim at the fashion queen and Diddy feared his involvement in the hit Meryl Streep movie would turn Wintour against him.
He says, "It wasn't like they were portraying her in a bad way; it was just that I knew what was in the script and what she's like in real life were different."
And Combs admits Wintour has been nothing but gracious towards him and his Sean John fashion house.
He adds, "She's bricked one or two of my collections, but she's also called 15 minutes later with some helpful advice about who I should get to fix it."