Diddy was disappointed after being outbid on a $1.2 million Pablo Picasso painting at at the annual Art Basel fair in Miami. 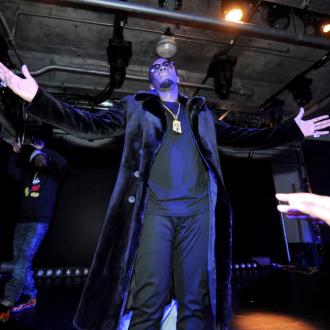 Diddy was disappointed after being outbid on a $1.2 million Pablo Picasso painting.

The 45-year-old mogul, who has an estimated fortune of $700 million, reportedly made ''a beeline'' for a 1918 fresco titled 'Venus,' which features a woman standing in a half shell and with a cupid to her left, at the annual Art Basel fair in Miami at a VIP preview on Wednesday (03.12.14).

A source said the rapper wasn't happy when he went back for a second look alongside friends Tommy Hilfiger and Swizz Beatz and discovered the painting had been sold at the Baz Luhrmann-designed booth of Zurich-based Galerie Gmurzynska.

High-flying hotelier Vikram Chatwal confirmed to the New York Post's Page Six that he secured the coveted artwork for an undisclosed sum.

A source said the rapper attempted to cheer himself up by spending $95,000 on a Tracey Emin neon at Lehmann Maupin.

Diddy - real name Sean Combs - is a huge fan of the annual event and he reportedly splashed out on several pieces by Tracey Emin and the collective Randon International at the fair in 2011, as well as artworks by Ivan Navarro and Brett Murray in 2012, according to Artnet.com.