P. Diddy is being sued for $1 trillion by a woman who claims he was behind the 2001 September 11 terrorist attacks in New York. 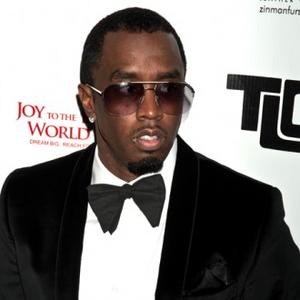 P. Diddy is being sued for $1 trillion.

Valerie Joyce Wilson Turks has filed a lawsuit against the hip-hop superstar accusing him of being behind the 2001 September 11 terrorist attacks in New York and stealing a poker chip from her that was worth "100 zillions of dollars".

The woman also claims she and Diddy - real name Sean Combs - once dated and the 41-year-old star is the father of her 23-year-old son so wants $900 billion in child support while "loss of income" makes up the other $100 billion.

According to the Hollywood Reporter, Valerie accuses Diddy of sexually assaulting her children and breaking one of her child's legs.

While a Los Angeles judge denied her request for a restraining order against Diddy, he did set a hearing for Monday (31.01.11).

This is not the first time Diddy has faced legal action in recent months.

Last September, he was sued for $12 million for age discrimination by Francesca Spero, who alleged she was sacked by his firm Bad Boy for being old and disabled, after she was laid up with hip surgery in 2008.

According to the 51 year old's legal claim, Diddy was "unsympathetic to her condition" and tried to push her out of The Company.