P. Diddy has been crowned the wealthiest artist in hip-hop, beating Jay-Z for the second year in a row. 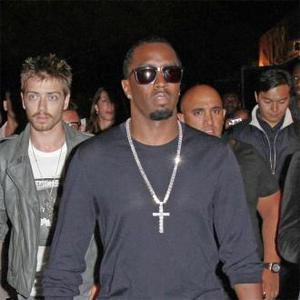 P. Diddy has been crowned the wealthiest artist in hip-hop for the second year in a row.

The 'Hello Good Morning' rapper - who has an estimated Fortune of £344 million - once again beat Jay-Z (£287 million) to claim the top spot in a list compiled by Forbes magazine.

Jay-Z - who welcomed his first child Blue Ivy with wife Beyonce Knowles in January - also has a range of lucrative financial interests, including a deal with Live Nation, his 'Watch The Throne' tour with Kanye West, his 40/40 club chain and a stake in the New Jersey Nets basketball team.

Dr. Dre retained the third place spot he took last year while fourth and fifth places on the list were filled by Bryan 'Birdman' Williams and 50 Cent respectively.

Cash Money Records founder Birdman insists he will soon become a billionaire but remained coy on whether his company will continue to work with partner Universal.

He told Forbes: ''One of my motivations in life is to be a billionaire. We're going to keep working hard until we get our brand to be as big as possible. That's the goal in life, that's what I live for.

''Right now we are with Universal and we're just trying to do the best music possible. I'm loyal to my team, and to success. Whoever gives the most benefit to my team, which is first, and to its success, that's where we'll end up at.''