The 44 year-old music mogul is reverting back to the moniker he used in the 90's for the release of 'Big Homie', his latest single featuring Rick Ross. 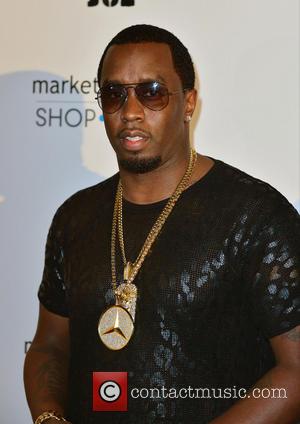 It is the 90's all over again, Puff Daddy is back!

The reason behind reverting back to Puff Daddy, which he dropped in 2001, is to mark the release of his first full studio album in four years, 'MMM.'

The 44 year-old established the name alteration to his fans during a trailer clip for his forthcoming single 'Big Homie', which features rapper Rick Ross.

Big Boy Entertainment presents Combs in the streets of New York City looking like his old extravagant self, and the clip also teases a contribution from French Montana.

"For the record, I did not change my name," Combs tweeted. "I always have been and always will be PUFF DADDY! :) Be cool Man lol #MMM #BigHomie RT!!!!"

He then posted the following tweet later on, "#DIDDYORDADDY ???", which was a nod to the fans reaction of the name change.

Combs used the moniker Puff Daddy for his 1997 studio set 'No Way Out', which is still his highest-selling record to date, and could explain the reason why he is going back to it.

The record label owner's third album 'The Saga Continues' marked his debut as P. Diddy in 2001, and his most recent studio album 'Last Train To Paris' (2010) was released under the name Diddy.

'MMM' is slated for a release later this year and the lead single 'Big Homie' is scheduled to drop next Tuesday (April 1st).