The originals are always the best.

While everyone's busy wondering who might takeover Daniel Craig as James Bond (Gillian Anderson is now a serious frontrunner, at least according to her fans), we're taking the chance to contemplate our favourite 007 of all time. Because no-one says 'Shaken, not stirred' quite like Sean Connery. Sean Connery will always be James Bond to us

The lead actor... Sean Connery is a Scottish actor who became the first ever James Bond with 1962's 'Dr. No'. As well as 'Goldfinger', he also did 'From Russia with Love', 'Thunderball', 'You Only Live Twice', 'Diamonds Are Forever' and 'Never Say Never Again'. Plus, he's an Academy Award winner having landed best actor for 1987's gangster flick 'The Untouchables'.

Is Daniel Craig The Best Bond Ever?

Next week sees the release of Bond film number 23, Skyfall; It's the third outing for Daniel Craig as the British spy, and the first to see him drop the shaken-not-stirred classic drink of the iconic character, in favour of Heineken.

The Mirror not only gave Skyfall 5/5 stars, it also said that “Daniel Craig gives Sean Connery a damn good run for his money as the best Bond actor”. If this really is true then what is it that makes Craig, and the film, so good? In an interview with MTV.com Craig said "I like to think [I have input]. Certainly, [the producers] let me talk; whether they listen to me, I don't know. The truth of it is that Barbara Broccoli and Michael Wilson, the producers, they allow me to get involved, and it means so much to me. I always said to them when I did 'Casino Royale,' 'I don't care about many things, but if you allowed me to be involved, I can pretend to be James Bond.'"

Sam Mendes as director can't go wrong really either. Although this is his first action movie, Mendes' portfolio is more than impressive, without a scar upon it. American Beauty, his first film, was rife with tensionm which is an attribute well suited to the action/thriller genre as well. Craig is also contracted for another two films, and the next film has been reported to already in the first stages of production, with a release date for sometime in 2014. With a four year gap between Skyfall and the last film, Quantum of Solace, Craig said "I think they'd like to [speed up the timetable], and I think that would be the plan. That was too long last time, although I quite enjoyed the gap, but it's too long. As long as we've got the script and we're ready to go, there's no reason why we can't start shooting."

By Christopher Null
OK
It's tough to say what Entrapment will be remembered better for: Sean Connery's hairpiece, or Catherine Zeta-Jones's ass. I pick the ass, and the way it's featured in the trailers for Entrapment, I'd say the producers do too.

If only the rest of the movie was so interesting. While the idea is pretty cool: a cop and an art thief tangle in a cat and mouse game, constantly switching sides, all on the eve of the millennium... it's the execution that gets 'em every time.

By Christopher Null
Excellent
Long touted as the low-budget (in action movie terms) alternative to this summer's Hollywood blockbusters, The Rock has been something of a question mark among movie forecasters. It doesn't have any real special effects like Twister or Independence Day. It doesn't build on a 40 year-old history like Mission: Impossible. It doesn't even have any big name action stars.

By Robert Strohmeyer
Extraordinary
History belongs to the victors, and Terry Gilliam takes his rightful ownership of Western history in this timeless romp through the ages. Writer and director of some of Monty Python's most enduring and foolish productions, Gilliam reaches the top of his form with Time Bandits.

Young Kevin (Craig Warnock) is a history buff trapped in the household of his shallow, materialistic parents. While they sit mindlessly in front of the television, absorbed in an insanely morbid game show, Kevin explores his history books enthusiastically, fantasizing about a more meaningful world than the one in which he lives. But when his parents finally send him to bed, his world gets a lot more interesting.

By Christopher Null
Terrible
I make no secret of the fact that I think The Highlander is the greatest action film ever made. Awesome swordfights might awesome score (by Queen, people!), and a time-bending plotline that only a philistine could dislike.

Today, 18 years, four sequels, two TV shows, and one video game later, Highlander has become a bit of a joke. And here's where the joke started: Highlander II: The Quickening -- retitled simply Highlander 2 for what is the most inexplicable double-DVD release ever to hit video stores. 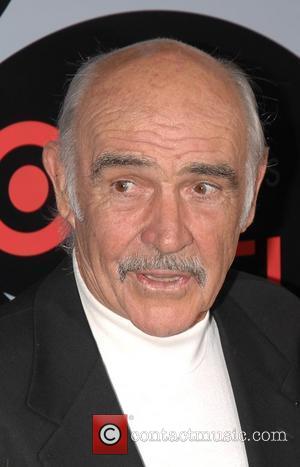