Hollywood Icon Gina Lollobrigida Headed To An Italian Court On Thursday (17sep15) To Face The Lover She Accused Of Tricking Her Into Signing Marriage Documents In A Bid To Steal Her Fortune. 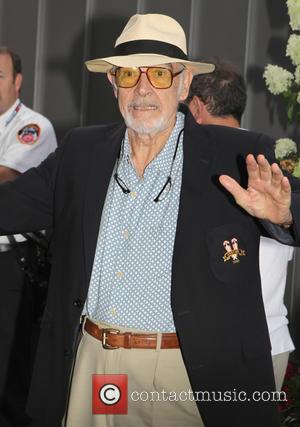 Javier Rigau y Rafols, who denies charges of fraud and forgery, went on trial in May (15) and faces six years in prison if convicted of falsely obtaining the 1960s screen siren's signature on a document authorising their marriage under Italian law.

Lollobrigida has been absent from the proceedings, but she headed to the court in Rome when the case resumed this week (ends18Sep15) to face the Spanish businessman, who she claims staged a fake marriage ceremony in Spain in 2010 with a woman pretending to be the actress.

The 88 year old dated Rafols, who is 34 years her junior, for around 20 years and they announced plans to wed in 2006, but Lollobrigida insists she later changed her mind and was duped into signing a document legalising the Spanish wedding ceremony.

According to British newspaper The Times, Lollobrigida told reporters outside the court, "I am defending myself from a delinquent. This happens to you if you are famous - the world is full of vultures but I am strong... Rigau has made too many people cry. This must stop here... He must go to jail."

Lollobrigida is set to testify at a later hearing in November (15).

Sir Sean Connery acted in his pants for waist up scenes