Fact: Former Will & Grace star Sean Hayes is working on a new comedy series - he will play an exasperated parent in a currently untitled sitcom for America's NBC network.

Fact: Former WILL & Grace star Sean Hayes has put his New York City penthouse in Manhattan's Theater District on the market for $8,000 (£5,330) a month, reports the New York Post. Hayes is now back on America's West Coast after wrapping up his role on Broadway's Promises, Promises earlier this month (Jan11).

Quote: "She plays a young woman shocked to discover that her uncle lusts after her. Creepy, I know, but let's examine this: She sits on the guy's lap in her underwear and she's Scarlett Johansson. Even I'd take a crack at that." Openly-gay Tony Awards host Sean Hayes jokes even he's smitten with actress Johannson, who won the events first award on Sunday night (13Jun10) for her Broadway debut in A View From The Bridge.

Quote: "I have to work with him again, he is such a blast, a genuine guy." MILLION DOLLAR QUARTET musical star LEVI KREIS is keen to team up with Sean Hayes on the Broadway stage after opening the 2010 Tony Awards with the event's host.

Fact: A TV series based on Billy Joel's life is coming to US network Showtime. The drama, titled BIG SHOT, will be co-produced by WILL + GRACE star Sean Hayes.

Quote: <p>"Britney Spears will star in an upcoming episode of Will And Grace as a Christian conservative who appears on JACK's (Sean Hayes) talk show. Also, Kevin Federline will appear as a janitor...but not on a show." Comedienne Amy Poehler pokes fun at the singer and her husband during US show Saturday Night Live's WEEKEND UPDATE news segment. </p> 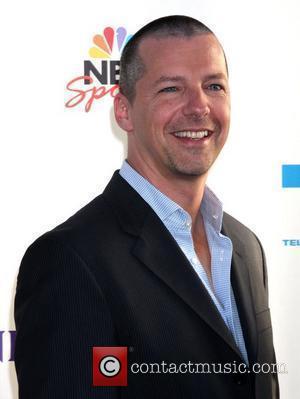