Review of The Trinity Album by Sean Paul

Sean Paul can only be described as pure genius, the man that took full on raga to the masses and he has delivered another album that will no doubt deliver another roster of hits. Opening with the jump up, "Head In The Zone" a future monster single. Next outta the speakers roll's "We Be Burnin'", again shows his contempt for the norm in world-wide pop charts by chatting about smoking canibus and producing another huge hit. "Give It Up To Me" is sexual raga that Mr Paul has a certain knack for. "Yardie Bone" features the UK's Wayne Marshall. "Never Gonna Be" flips the script with more of a traditional reggae feel. "Connection' feature Nina Sky and looks like a sure fire future single, as does the strong "All On Me" featuring Tami Chynn on vocals. "Change The Game" will more than keep the raga faithful happy. Another strong set if ragga is your bag. 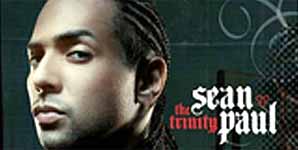