Sean Penn has given up his cigarette habit to please his fiancée Charlize Theron, who is ''thrilled'' about his decision. 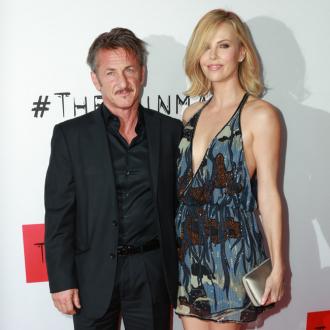 The 'Milk' actor has reportedly given up his ''heavy'' cigarette habit to please his fiancée of four months after she asked him not to smoke around her adopted son Jackson.

The 54-year-old star is said to have quit in order to be the ''the healthiest version of himself'' for the blonde beauty and has fallen ''head over heels in love'' with her since they began dating last year.

A source told Radar Online: ''Sean had been a very heavy smoker for years. After dating Charlize for just a few months, he decided to give it up. Charlize hadn't pressed the issue, but just asked him to abstain whenever he was around her son, Jackson. One day, Sean just announced he wasn't going to be smoking anymore.

''Sean told Charlize he was quitting because he wanted to be the healthiest version of himself for their little family. He is absolutely head over heels in love with Charlize.''

Meanwhile, the Academy Award-winner is also in the process of adopting Jackson and is expected to wed the 29-year-old actress this summer.

The source added: ''Jackson calls Sean 'daddy,' and Sean just lights up around him. Sean picks Jackson up from nursery school, and all of the parents know him.

''Charlize never placed any pressure on Sean to adopt Jackson. It has been a very natural process of them becoming a true family.''

The couple's nuptials is expected to be a very ''small and intimate'' wedding for ''close friends and immediate family only''.