The actor is hoping for a "cinematic version" of 'Gotham' in the future.

Throughout three seasons, FOX series 'Gotham' has told the origin tales of some of the most recognisable names and figures in the DC Universe. Whether you're catching up with the young Bruce Wayne (David Mazouz), the crafty criminal Penguin (Robin Taylor) or even Bruce's brilliant butler Alfred Pennyworth (Sean Pertwee), the show has managed to impress viewers for many episodes, and a fourth season has now already been ordered. The show came in a time when superhero series seemed to be taking over television, with the FOX network wanting a slice of the pie. Bringing some big names on board, including showrunner Bruno Heller meant that FOX were able to do something really special, and were seemingly allowed access to as many figures from DC as they wanted.

For years, 'Gotham' has only ever been referred to as a show for television, but that could change in the future if actor Sean Pertwee has his way.

Asked during Heroes and Villains Fan Fest whether he'd like to bring the show to the big screen in the future, Pertwee replied: "Absolutely. I would love nothing more than to be involved in a cinematic version. The end of this season when they had the two episodes together, that was almost like a movie and I'd like to see more of that."

Bringing the world of 'Gotham' to the big screen would certainly be something most of the fans would love to see. When the show ends - whenever that day may come - a film serving as the cherry on top would be a great way to round things off.

In saying that, double episodes could be just as efficient. As Pertwee explained, the double episode in the third season felt like a movie in itself, so if something similar could be done as an annual event moving forward on a smaller budget than a film would take, it'll likely be the direction FOX take.

'Gotham' returns for its fourth season on September 28 in the US on FOX, and is expected to return to Channel 5 in the UK in the near future. 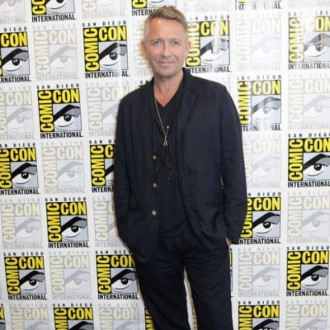